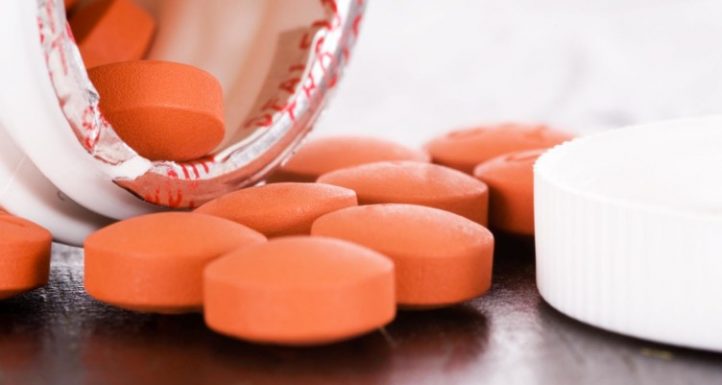 Migraine can be described as an attack of intense headache, which is usually localized in the frontotemporal region on one side of the head. Most often, it is of pulsating nature and can be repeated periodically (with a frequency of several times a year to daily attacks). In many cases, headache is accompanied by general weakness, drowsiness, light and sound phobia, nausea, and even vomiting. The duration of the attack can vary from 3-4 hours to 4 days.

For the treatment of attacks the following remedies are used:

The following active substances are most widely used in the composition of drugs.

It has a wide spectrum of action: analgesic, antipyretic, anti-inflammatory, antiaggregant. This substance is well studied and is used to stop many pain syndromes, including headache of various origins. Anesthetic and anti-inflammatory effect is due to the suppression of the activity of cyclooxygenase enzymes in lesion.

Like acetylsalicylic acid, it belongs to non-steroidal anti-inflammatory drugs (NSAIDs) and inhibits pain and inflammation in damaged tissues. Some forms of ibuprofen can be rapidly absorbed, which leads to a fairly rapid onset of analgesic action.

Another representative of NSAIDs, a distinctive feature of which is a pronounced anti-inflammatory effect and the ability to accumulate in the focus of inflammation, which makes it especially effective in relation to inflammatory processes in joints, muscles, as well as in sprains, dislocations and other injuries.

A feature of this NSAID is a long half-life of 10-12 hours, due to which naproxen is able to have a long-term analgesic and anti-inflammatory effect.

Unlike NSAIDs, it is a non-narcotic analgesic of central action. Its analgesic and antipyretic effects are due to the effect on the centers of pain and thermoregulation in the central nervous system, and due to the rapid absorption, it begins to act within 15-30 minutes after administration. Another difference of paracetamol is a favorable safety profile, due to the lack of exposure to cyclooxygenases in the gastric mucosa, kidneys and vascular wall.

Substances of this group act on serotonin receptors of the vascular wall, causing a narrowing of the vessels of the brain and thus affecting the main stage of the development of migraine headache. In addition, they inhibit the release of specific proteins from the fibers of the trigeminal nerve, which reduces neurogenic inflammation. Therefore, triptan-based drugs are able to have a pronounced analgesic effect in migraines and reduce the associated symptoms – nausea, vomiting, photo- and phonophobia. However, due to the risk of side-effects and headache with frequent use, it is recommended to use them as a second line of therapy in case of the lack of effectiveness of simple analgesics, as well as with intensive and / or prolonged migraine attacks.

Ergot drugs have a vasoconstrictive effect on the smooth muscles of the walls of arteries. This explains the analgesic effect of ergotamine in migraines. However, a pronounced vasoconstrictor effect can be dangerous for cardiovascular and cerebrovascular diseases, so the use of this group of drugs is limited.

Therapy in this case consists in the initial prescription of over-the-counter painkillers – non-narcotic analgesics (paracetamol, acetylsalicylic acid and other NSAIDs). If these drugs are ineffective, the patient rises to the next stage of treatment (specialized anti-migraine drugs) until effective methods of overcoming pain are found. Another variant of the stepwise approach is to rise to a new stage during a severe attack, while in the presence of symptoms that precede migraine, the use of simple analgesics is allowed.

The basis of this approach is the need to take into account the severity of pain, the degree of disability, the presence of concomitant symptoms. For example, in cases where migraine is of moderate severity, it is advisable to take conventional analgesic drugs. When a severe and / or prolonged pain syndrome accompanied by nausea and vomiting appears, the patient is shown taking specialized anti-migraine agents and symptomatic therapy prescribed by a doctor.

One of the leading international distributors of meds, Mapofmedicine.com claims that the treatment of migraine in one way or another involves an individual approach, therefore it should be carried out as directed and under the supervision of a doctor. The effectiveness of therapy is provided by studying the anamnesis, taking into account past experience with taking certain drugs, comparing the effect and side effects of each substance. On the pharmacy’s website, you will be offered a full spectrum of services starting from consultation to finding the best medications for your condition that can be ordered inexpensively online.

Combined Drugs in the Treatment of Migraine

Unfortunately, migraines can be eliminated without drugs rarely. As a rule, the most commonly used agents for mild to moderate migraine seizures are over-the-counter simple analgesics (paracetamol) and non-steroidal anti-inflammatory drugs, while many researchers recommend the use of drugs based on combinations of several active ingredients. Combined painkillers have several advantages: